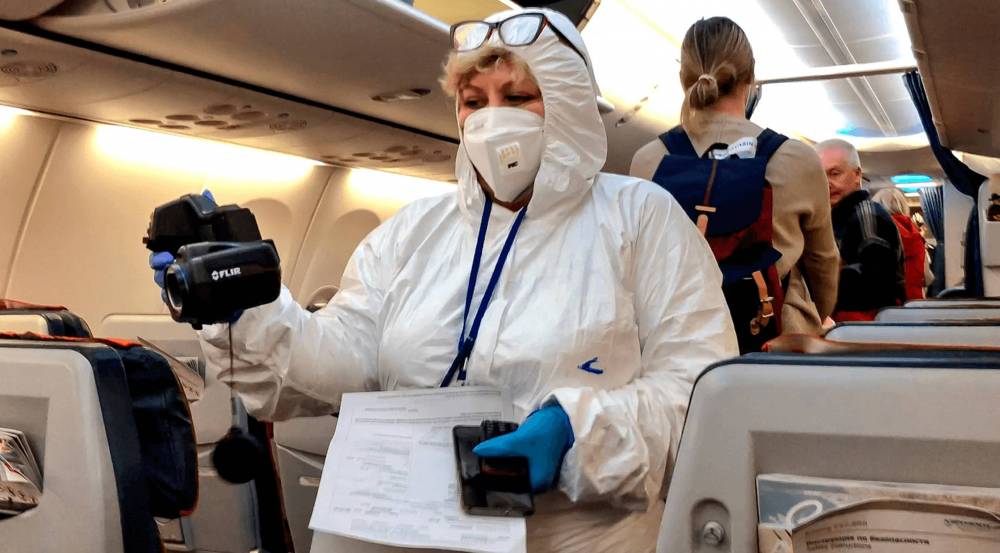 EXECUTIVE SUMMARY: In July 2019, a rare event occurred in Canada. Suspected of espionage for China, a group of Chinese virologists was forcibly evicted from the Canadian National Microbiology Laboratory (NML) in Winnipeg, where they had been running parts of the Special Pathogen Program of Canada’s public health agency. One of the procedures conducted by the team was the infection of monkeys with the most lethal viruses found on Earth. Four months prior to the Chinese team’s eviction, a shipment containing two exceptionally virulent viruses—Ebola and Nipah—was sent from the NML to China. When the shipment was traced, it was held to be improper and a “possible policy breach.”

The scope of the 2019 incident involving the discovery of a possibly serious security breach at Canada’s National Microbiology Laboratory (NML) in Winnipeg is much broader than the group of Chinese virologists who were summarily evicted from the lab. The main culprit behind the breach seems to have been Dr. Xiangguo Qiu, an outstanding Chinese scientist born in Tianjin.

Until recently the head of the Vaccine Development and Antiviral Therapies section of the Special Pathogens Program, Qiu received her MD degree from Hebei Medical University in China in 1985 and came to Canada for graduate studies in 1996. She was later affiliated with the Institute of Cell Biology and the Department of Pediatrics and Child Health at the University of Manitoba, Winnipeg. She was not engaged in the study of pathogens while at that institute.

But a shift took place in Qiu’s research work. Ever since 2006, she has been studying powerful viruses—Ebola most of all—at the NML. Both of the viruses that were surreptitiously shipped from the NML to China were studied by Qiu in 2014 (as well as other viruses, including Machupo, Junin, Rift Valley Fever, Crimean-Congo Hemorrhagic Fever, and Hendra). But she paid greatest attention to Ebola for the entirely legitimate aim of developing effective prophylaxis and treatment for the infected.

Inevitably, Qiu’s work included a variety of Ebola wild strains—among them the most virulent, which has an 80% lethality rate—and relied heavily on experimental infection of monkeys, including via the airways. She made remarkable strides, and was granted the Governor General’s Innovation Award in 2018.

So far so good—or so it seems.

Qiu is married to Chinese scientist Keding Cheng, a bacteriologist who shifted to virology and who is also affiliated with the NML. Qiu maintains a close bond with China and visits frequently, and many Chinese students from a notable range of Chinese scientific facilities have joined her at the NML over the past decade.

Of those facilities, four are believed to be involved in Chinese biological weapons development. They are:

The Chinese interest in Ebola, Nipah, Marburg, and Rift Valley fever might possibly be beyond scientific and medical needs. Significantly, only the Nipah virus is naturally found in China or neighboring countries. That being the case, the interface between Qiu and China is a priori highly suspicious.

The shipment of the two viruses from NML to China is alarming unto itself, but it also raises the question of what other shipments of viruses or other items might have been made to China between 2006 and 2018.

Qiu made at least five trips over the academic year 2017-18 alone to the above-mentioned Wuhan National Biosafety Laboratory of the Chinese Academy of Sciences, which was certified for BSL4 in January 2017. In August 2017, the National Health Commission of China approved research activities involving the Ebola, Nipah, and Crimean-Congo hemorrhagic fever viruses at the Wuhan facility, and in March 2019, the Chinese published their tour de force.

When the shipment from Canada was uncovered, security access was revoked for Qiu, her husband, and the Chinese students. IT specialists entered Qiu’s office after hours to gain access to her computer, and her regular trips to China were halted.

Jens Stoltenberg, the secretary-general of NATO, said at a news conference that he can’t comment on the case, but appeared to suggest the possibility of espionage. “What I can say in general is that we have seen increased efforts by the nations to spy on NATO allies in different ways,” he said.

Qiu’s research has not only been conducted on behalf of Canada and China. In 2018, she collaborated with three scientists from the US Army Medical Research Institute of Infectious Diseases, Maryland, studying post-exposure immunotherapy for two Ebola viruses and Marburg virus in monkeys. Those activities were part of a study supported by the US Defense Threat Reduction Agency.

The multiplicity of Chinese grants, all on the national level, supporting the work done under Qiu’s lead at the NML is impressive:

National Key Program for Infectious Disease of China
National Key Research and Development Program of China
National Natural Science Foundation of China International Cooperation and Exchange Program
Special Foundation of President for Ebola virus research from the Chinese Academy of Sciences
President’s International Fellowship Initiative from the Chinese Academy of Sciences
China National Key Subject of Drug Innovation
Youth Innovation Promotion Association of the Chinese Academy of Sciences
National Natural Science Foundation Award, Ministry of Science and Technology
National Science and Technology Major Projects
Beijing Advanced Innovation Center for Structure Biology
Major Program of the National Natural Science Foundation of China
It is still possible that Qiu and her husband will return to work at the NML, but a good deal of intelligence analysis and assessment will be required. The Canadian Security Intelligence Service has a serious challenge on its hands.

This is an edited version of an article published in the July-December 2019 issue of the IDSA periodical CBW Magazine.

Lt. Col. (res.) Dr. Dany Shoham, a microbiologist and an expert on chemical and biological warfare in the Middle East, is a senior research associate at the Begin-Sadat Center for Strategic Studies. He is a former senior intelligence analyst in the IDF and the Israeli Defense Ministry.