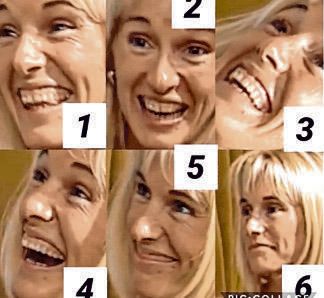 In a recent Instagram story, Argentinian television personality Yanina Latorre is seen celebrating that her mother was going to be able to receive the COVID-19 vaccine while on vacation in South Florida.

She explained to her 1.5 million followers how a friend helped her mom – who meets the state’s 65 and older age requirement – make the appointment.

“For me, it’s unfair,” said Omar Alvarez-Pousa, a retired South Florida resident who also meets the age requirement but is still waiting to get vaccinated. “People coming out from other countries, on vacation, are taking here the vaccine for free.”

Alvarez-Pousa told NBC 6 it is not only unfair, but morally wrong – which is why he tipped off the NBC 6 Investigators. He hopes the attention would bring about change.

“We are taxpayers,” he said. “We are doing everything possible here in Florida to help each other and at the same time somebody out of the blue is coming here and taking the vaccine, which is the most precious thing we have right now.”

Cindy Guntner says she knows of at least three people who had traveled from the Northeast to Florida to get the vaccine. The Broward resident, who is 66 years old, is anxiously waiting her turn.

The website for the Florida Department of Health does not list a residency requirement for the vaccine. But Miami Mayor Francis Suarez says residents should be the priority.

“I think it’s awful that people would come here from out of town and jump the line, in effect, for people that are here and need the vaccines,” the mayor said. “They should wait until everyone’s been vaccinated and then come in afterwards.”

On Thursday, Latorre documented on Instagram their journey through Hard Rock Stadium, where her mom was vaccinated a day before the site officially opened to the public. She shared with her followers the emotional moment her mom received the first dose of the potentially life-saving vaccine.

Moments later, she can be heard on video telling her mother, “I love you.”

The NBC 6 Investigators spoke with Latorre briefly Thursday and while she promised to talk after her mom’s vaccination, she did not answer our team’s calls later in the day.

NBC 6 also reached out to the state health department and the governor’s office but did not immediately receive a response. Earlier in the week, Gov. Ron DeSantis said he does not have an issue with seasonal residents getting vaccinated in Florida, but added he is discouraging tourists from doing the same.