Extremes That Touch: Pop Singer Dante Spinetta like the Feminists, a Year Earlier, Cancelled Me Because They Mistook Weakness for Courage

The interview that you were supposed to watch yesterday was a valuable resource for understanding the materiality of the crystal ceiling that imposes culture to those that do not belong. Where to?  To the elite, of course. It is in Spanish so the English speaking listeners must be a bit patient. I am trying to get the right software to make the translation to English as smooth as possible. I will try to do my best to either facilitate a translation in the next few days  or I will come out with something. In fact, I edit the videos myself. This, of course, takes time from my other projects, for example, my next book which is a couple of months overdue. Gregorio Funes, loveartnotpeople.org’s digitital designer who gave his time to produce promotional doodles and transitions for the editing of the Youtube video. In other words, there was effort and goodwill from our part. Nothing of that was, however, acknowledged by the artist I interviewed and the result of this apparent non challance was  not too disimilar from my cancellation a year ago and in that both cases were founded in an uncanny aversion to any form of criticism. This speaks of a culture with a deep identity crisis which also has mother issues or, to put it more accurately, a stuck relationship with its own feminine energy.This became more so during and after the pandemic.

The name of the artist I interviewed for this episode The Pill is Dante Spinetta and he is one of the most evident examples of the consequences that talented people have when born in a cultural elite that will make everything easy for them, while, at the same time, it will interrupt their personal growth at levels so pathetic that this interview becomes an example of this.  This is clear in the interview. The first ten minutes show Dante not as a bright man but as a sensible one. It shows him as a principled man though the principles are not coherently embedded in a more complex set of beliefs. It is, i believe, his intention of being right or ethically on the right side of a chapter of history that he cannot understand nor, lets be honest, tried to do that  where it all starts going wrong very quickly because he takes a comment about an image as a direct attack to his identity and his career, as a whole. There is a point however, when he loses it and he becomes racist (“yo tambien soy mestizo, son una mezcla de espanoles, franceses y arabes/I am also a mestizo.I am a mix of spanish, french and arabs”), mysogynistic (“for us women are like queens”), classist (“I dont know you and I am not interested in getting to know  you”) or he just flirts with idiocy when he contradicts himself in the same sentence (“bro, no me interesa hablar con vos. Una conversación esta buena cuando se da pero esto es una charla que tengo que escuchar tu punto de vista y yo no te banco /Brother, I am not interested in talking to you. A chat is good when it happens but I have to listen to your point of view and I cannot stand you”). The thing is what made him feel that he was entitled to talk to me like that. I will say on her benefit that he left when the conversation was leading to waters a bit too deep for two so called artists who when speak,  they do so from an apparent place of authority. If I were them and decided to include a black woman progressing from immaterial to uber sexy and from uncertainty to fulfilment through marriage, I would take a bit of time reading a bit of what has been said by feminists for more than a century on issues like marital love, etc. In other words, two improvised ignoramus with airs of reformists.

One of the things that he exemplifies the best is how one of the preconditions to belong to the Argentine cultural elite demands blood bonds (preferably to be the son of an influential father) and to be ready to deflect any critic to that rule of blood with verbal and eventually, physical violence. To be honest, it was after this interview that I decided that my focus on Argentine culture had turned a corner but in the wrong direction. My land of adoption was calling me where more fundamental cultural problems are happening and whose debates have a broader public that takes the debate from ever damaging Christian values such as Good or Evil, Right or Wrong, etc. The truth is that I am a bit tired of being mistreated by people to whom I gave new ways of looking at themselves but that instead of thanking it, go straight into XII century mood. From the point of view of the wondrous archive where a detailed account of what happened between 2010 to 2020s that is this blog, and that you currently cannot see as such because all that before 2023 is being prepared to be published as an archive. So, this interview is a historical document because of the visibility of the protagonists that will help researchers in the future unravelling the every day materiality of the exclusionary context in which artists had to work in Argentina since the 1990s. From the point of view of cultural policies as establishing frameworks for collective ethics, two things worried me from this interview. Firstly, the way both of them were convinced that all races and classes are equal and that such damaging humanist truism could possibly be considered as progressive thought today when to begin with it is two white men who utter it. that is a progressive argument to the point of ventriloquizing the subaletern. Secondly, how they turned ignorance into different kinds of violence; Dante’s bullying (“I am famous, I dont have to listen to you, good bye”) and Corera’s affective, manipulative sociopathic behaviour. I have never trusted people that use the word love and friendship so easily but Corera’s self exposure as a gentleman that understands the romantic side of art better than the rest of mortals and that that side is so secret and cosmic that only a few chosen ones can access is stupid enough but to moralise that and punish those who dare ask the most obvious questions such as: why is there a black woman in a country like Argentina that finds pride in saying that does not have a drop of African blood, is too much.

The interview is so short and so clear that not even the interviewees understood the implications of their ignorance. An affectionate word like “bro” (abbreviation of brother) is weaponised by Spinetta as an introduction to an insult, that is, not to feel to remorseful, later. Spinetta tends to get rid of his weapons too soon, though. For Corera, there is a hierarchy in friendship that depends on how useful that person is to his “career”.  What they cannot understand and it would certainly not make any difference if someone clarifies it because no one is perfect is that there is something that they do not know and there is where the problem starts. The interview makes it so clear that such jargon of cool is deployed in Argentina as a weapon of exclusion and social control. It exemplifies so many of the aspects covered during its first decade by loveartnotpeople.org that if we add it to the cancellation I was victim of last year and the attempts the Argentine government to control freedom of expression under the rubric ‘speech of hatred’. Needless to say that my blog apart from art criticism and art gossip, covered money laundrying and reputation management thorugh the manipulation of different types of identities in the art world like the philantropist, for example. The problem is when the latter two are considered as gossip. 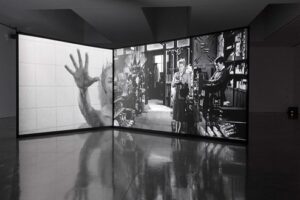 As many of you know, my blog was originally written in English and was fuelled by the notion of courage as an ethics and an aesthetics. That much, I was aware at the time. I decided, almost intuitively, to use the conceptual framework acquired at the highest level of art history as a discipine in crisis but useful as a weapon of mass destruction (at the Courtauld Institute of London) to analyse the art of my country. This in itself was a cruelty but I was not aware of the ramifications of such thing. Conceived at the end of the Young British Artists era when London was a place of greed, mysogyny, and chic. It was “Cool Britannia” and we were all fascinated with ourselves. 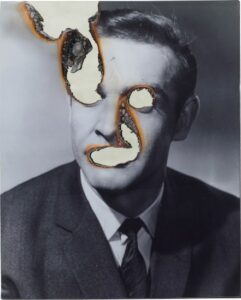 These were the times of Saint John’s Restaurant in Spitalfield having a waiting list to eat a raw artichoke nearby Maureen Paley and when I used to work in an office that was just above the one rented by the Chapman Brothers, had coke with Douglas Gordon at two parties a week and have sex with almost everybody and nobody at the same time. The situation in Argentina, however, was quite different. The financial colapse of 2001 had left scars, mainly, in the generation that were coming to age because after the Neoliberal 1990s and the spectres of a cultural industry integrated to the world, there was only one detail missing: a national market. With the economic crisis, it had dissappeared. Hence, visual artists had two options. Either sell their work abroad with dollars that in Argentina could make a real difference or sell it to the remnants of a local market managed by a mafia composed by three or four galleries with fluid contacts in government that made them money launderers, firstly, for the ascending new kleptocrat money and later for narcos, etc. There were artists from that generation (the ones that today are in their mid 40s that confessed to me that they obtainted a big chunk of their income forgeing, mainly, two artists: Joaquin Torres Garcia and Pettorutti. The lack of a solid art historical tradition in a country adverse to the image as such, that is, to really looking, made the forgeries very easy to pass as originals.

My interventions were brutal, almost courageous. The kind of courage that vanquishing Roman generals showed in the battlefield when  Julius Caesar invaded the Gaul. It was then when the word courage was coined. The winning generals would sit for supper with the defeated ones and before killing them, they would disclose to them, in respect, their worse fears. They would literally put their heart on the table. And that is what I did. My blog would, on one hand, dissect an artist or a cultural policy maker but on the other showcase my weaknesses and failures to an audience infected since the 1980 by low and fast track ethical notions of New Age and self help. Last year I paid the price for making people believe I was weak for when I made it clear that that was not the case. They demanded it.