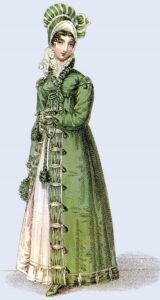 The review published by The Spectator signed by writer Phillip Womack is my favourite of all the published about Sally Gardner´s The Weather Woman, so far.  The title is accurate because Neva, its  protagonist of has a dangerous gift. This raises overlooked questions like how to navigate a life with a talent when that particular subject is not supposed to have a place of privilege in society. What does the White Man do in those occasions?. The most clear exampled of how patriarchy deals with these issues used to be the Spanish Mystics of the XVII and XVIII centuries who were not allowed to talk or write about their ecstasies but during confession. Every challenge from below generates a reaction from above and the traumatic costs of this balance for Regency England seems to be Gardner’s main concern.

Womanck says it better : ‘Spanning the 18th and 19th centuries, Gardner’s novel tells the story of young Neva, whose ability to predict the weather nearly ruins her. The Weather Woman is the children’s writer Sally Gardner’s first novel for adults under her own name (previously, she used the pseudonym Wray Delaney). Spanning the end of the 18th and the beginning of the 19th centuries, the story describes an England trembling at the French Revolution and haunted by the threat of Napoleon while aristocrats gamble and roister. Gardner’s sense of atmosphere is acute. The frost fairs, the grand ballrooms, the stinking alleyways all come alive’. 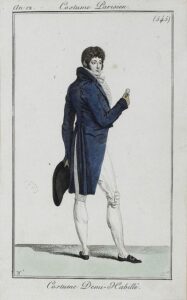 Two things that I find difficult to discern in Womanck´s account of Gardner’s literature. To begin with, her protagonists are more mature in his children books than in his adult literature to the point that is very difficult to discern which is which. Regarding the ´trembling of England´in front of the French Revolution, that  is something that should be situated.  The materiality that Gardner conveys is not of fear but, on the contrary, of denial. If we compare the experience of Spain with that of England, the former saw the symbol of reason become its invader. Napoleon polarised the Spaniards sending more than half back to the middle ages in matters of magical belief and superstition. Goyás art emerges from witnessing that. England, by contrast, is the complete opposite where reason is weaponised to reinforce the tribal order through marriage and transform a big part of the world into an extractive territory, including human beings. Jane Austen is the witness of this process and its soft face. It is in those crevices that Gardner´s novel delves into.

The Spectator published, however, the first review where the novel is reduced to its basic components to the point the extreme that Womanck´s analysis flirts with structuralism. In his words: ‘The novel’s major theme is the subjugation of women; its secondary, the border between rationality and intuition. Our thoughtful, unconventional heroine is Neva Tarshin. Her mother, a genius chess player, was forced to hide her talents, only playing as a wayside attraction, disguised as an automated bear. Having set up a booth on the frozen Thames, Neva’s parents are killed when the river suddenly thaws, and the strange little girl is adopted by a Russian clockmaker, Victor Friezland. She knows she is not destined to sit ‘demurely at her needlework’.

I agree with Womanck that the main topic is the subjugation of women but I take issue with reason versus intuition being the framework of that main topic. The reason for my disbelief is that the novel in itself is a challenge to Second Generation Feminism that since the late 1960 ties certain values to the vagina, hence the essentialist opposition  matter-female-intuition versus concept-male-reason. The real dialectics in the novel is that between choice (freedom) and chance (lack of freedom) in the Protestant context where the notion of fate is paramount. Gambling and love are the fuel of the novel and the two sides of the same coin in Gardner´s England. It is in the iteration of good luck for those who have experienced extreme trauma in their infancy (Henri, for example) that we can see a trascendental machinery at work whether we call it God or not. A fair machinery more just than benevolent. Gardner’s mother was a star judge who like Margaret Thatcher both terrified and fascinated men in a country where that sex was only allowed to have a mortgage during 1970s.

But what made me choose The Spectator’s as my favourite review is the importance that it gives to what Argentine scholar, Josefina Ludmer called ‘las tretas del debil’ (‘microstrategies of the weak’). Gardner shifts the feminist narrative from its traditional dichotomy of submission-confrontation towards a more nuance exploration of what in English could be translated as ‘survival tricks from below’. I had the opportunity to share these thoughts with the author and in particular the similarities I found with Mexican poet Sor Juan Ines de la Cruz (S.XVII). Both Neva and Sor Juana understood the power of silence as speech and as knowledge. In her Respuesta, Son Juana writes to Sor Filotea with an attitude of marginality and subordination that strategically aims at specifying the difference between the agency that a woman believes to have and what the institutions allow her to have.   The secret, according to Sor Juana is to know how and when to say no which is a fundamental component of succesful subalternity. Negation and even self negation are the conditions of unmarkability and precisely for this reason the transparent and reparative strategy of openness and visibility tout court that feminism has adopted since the MeToo might have been a huge mistake. Gardner uses Neva to bring that debate to the fore in the terms it should be had by suggesting the benefits of remaining invisible. In fact that negation trasverses the text to separate knowledge from speech, on one hand, and on the other the reorganisation of the chasm between knowing and saying and that between knowing and remaining silent. In SorJuana’s own words (in Spanish): ‘solo respondere que no se que responder, solo agradecere diciendo que no soy capaz de agradeceros’/(I will only answer that I don’t know what to answer, I will only be thankful that I don´t know how to thank you’. This rhetorical locus is known as ‘affected modesty’ and has as main purpose to magnify the other. In her letter, Juana boldly refers to the mandate of Saint Paul that women should not speak in Church only to appropriate it and transform it into an instrument of resistance.From this point of view, the title of The Spectator’s review is perfect because Neva has a special talent that makes her dangerous to the order that since that very moment will try to eliminate her. The world will never accept her as she is, partly because she’s a woman and partly because science and reason can’t understand her power. So she and her adoptive father construct an automaton: the Weather Woman. We should never forget that the Weather Woman is not Neva but a robot or even better, a proxy.  As the prophecies must disguise themselves as scientific measurements, so Neva must disguise herself as a blue-spectacled man called Eugene Jonas in order to enter places women can’t go, attending lectures and even passing into the hallowed halls of Brooks’s club. 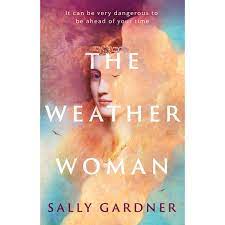 The Spectator is right when stateing that in the novel there is no simplistic dichotomy between masculine reason and feminine intuition and I would add that Gardner does not indulge in the Cindy Shearmanesque superposition of masquerades as condition of womanhood which to me is more an insult than a praise. Neva does not manipulates identity for expressive reasons but on the contrary, to survive.  Like transexual balls in the beginnings of Vogueing in the Lower East Side, the goal is to blend into the other through “realness”. She does not want to stand out but disappear. The risk, however, is that in the context of the melodrama, Neva, as a literary character lacks charisma which is hoovered by the unlikely gay couple where the anti-heroes manage to find love.
It is rather peculiar that, as far as I know, the only review that stops, at least for a few moments, to pay attention to ‘the passionate Lord Wardell, who loses his fortune on one of Neva’s predictions and enters into a sado-masochistic relationship with the clockmaker’s eldest son Aubrey, both plotting to ruin Neva’ is this one.  Again, Gardner plays with the dichotomy of  identity versus a gender in flux when presenting a gay couple that is not celebrated because of being gay (which I find a rather self congratulatory and stupid position widespread in academia) but instead she gives them villain status and the possibility of a momentary redemption in which I believe is the most daring move in the narrative. What makes this unbalance balance itself, in the end, is the fact that the straight supercouple of Neva and Henri are boring, at least, as spectacle if compared to the peculiar nature of love among two horrible men that choose discomfort as a way of being. 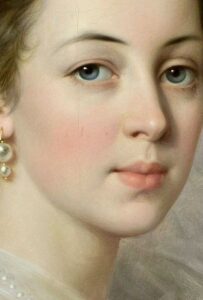 This is not an Avant Garde novel nor pretends to found a new genre but, as Womanck says: ‘Gardner charts the growth of Neva into a confident woman and her relationship with her male alter ego as well as with Henri, a source of both comfort and conflict. Meanwhile, the apparatus of the 19th-century novel purrs reassuringly along: evidence of a bigamous marriage must be uncovered; a will-reading causes a family upset, and a duke’s son wants to marry beneath him’. There is something derogatory in this comment which, I believe, points at the conflation of story telling and melodrama. Gardner, however, does something more productive with the novel as a genre and Womanck feels it but his own misogyny and by this I mean, that kind of mysogyny that all men bears under their skin because it is constitutional to his notion of all things civilised.  His closing line is a pity: ‘But The Weather Woman doesn’t read like a pastiche. It is as enjoyable and sparkling as a glass of champagne’. This closing sentence reveals a problem which is the internalised mysoginy of the publishing industry that has reserved for women the place of melodrama, a register that Gardner navigates with confidence. Womanck is right when saying that this novel is no gesture nor postmodernist pastiche. So what is it? For The Spectator is a very proficient novel written by a woman that, nevertheless, the critic refuses to elevate higher than the digestive system which makes him fall into the same category he criticised when praising her in relation to the dissolution of the dichotomy between the realm of the rational (for men) and intuitive (for women). ‘A glass of champagne’ as a final comment undoes a great piece of on point criticism.
TwitterFacebookLinkedInRedditWhatsApp