Today We Commemorate Eight Years of the Death of Pedro Lemebel, the Quintessential Latin American Queen and this Article of the New York Times Smells Something Contradictory in His Life that Qualifies as Surreal 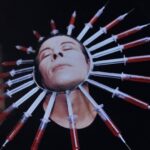 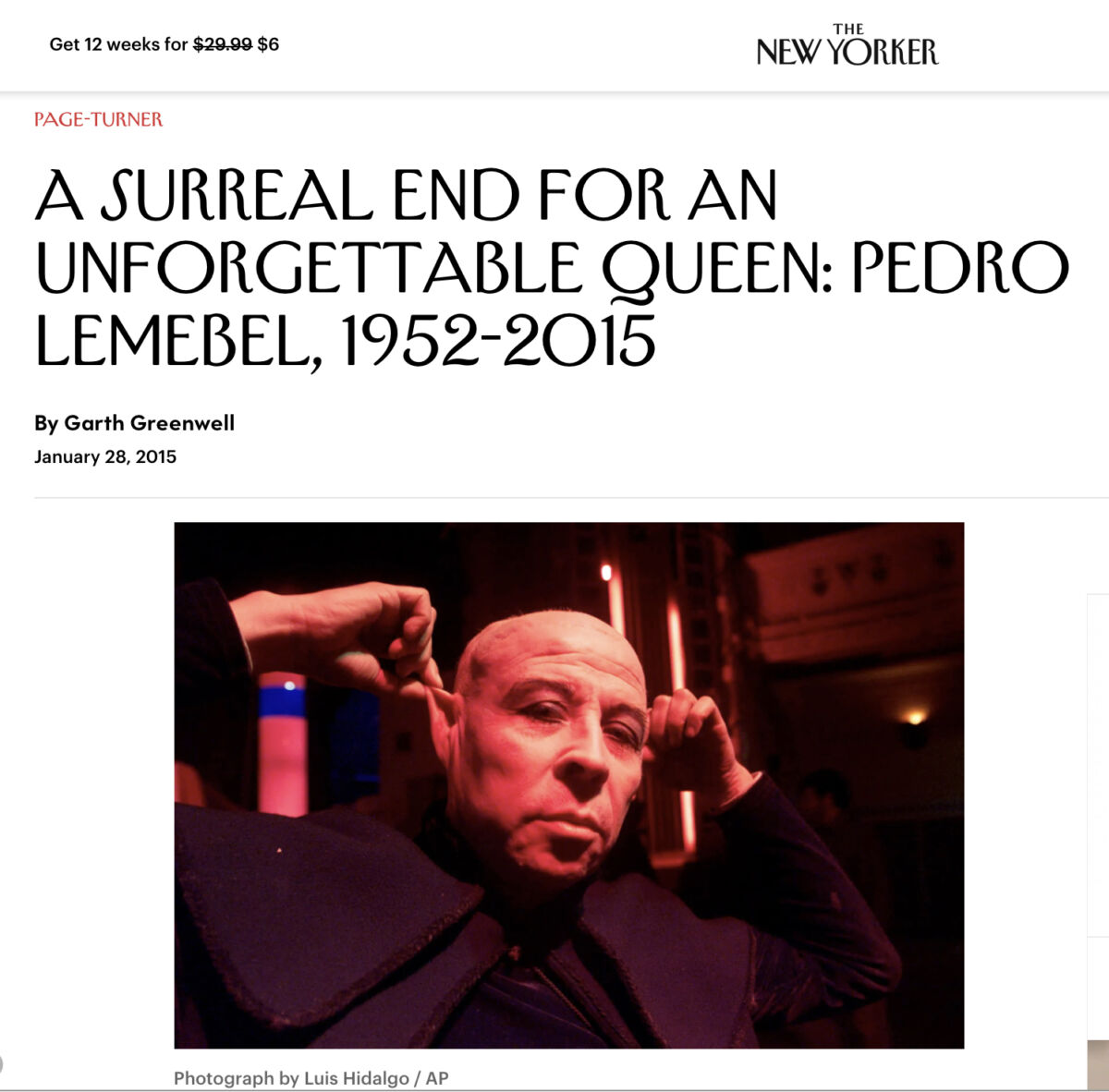 Pedro Lemebel, the Chilean writer, artist, activist, and provocateur, died last Friday morning of laryngeal cancer. By the afternoon, newspapers in Latin America and Spain teemed with tributes. In his native Santiago, hundreds gathered for his funeral on Saturday, and celebrities and politicians competed to offer the most extravagant praise. “Pedro Lemebel is an essential figure of Chile, a great artist who leaves an enormous void in the country,” said Claudia Barattini, the minister of culture. Chile’s socialist President, Michelle Bachelet, called him “a tireless creator,” “a fighter for social justice and defender of freedom.”

This is a surreal end for a writer who called himself a “queen” (una loca) and “a poor old faggot” (un marica pobre y viejo), and whose style and obsessions were forged on the social margins and in political opposition. Lemebel defined himself against establishments of all kinds: against Pinochet’s military dictatorship, but also against the Marxist resistance that condemned homosexuality as a bourgeois vice; against the neoliberal consensus behind Chile’s “economic miracle,” but also against the L.G.B.T. activists who Lemebel believed were making commodities of queer suffering and queer lives.

Pedro Mardones—he adopted Lemebel, his mother’s family name, in the late nineteen-eighties—was born in 1952 in one of Santiago de Chile’s poorest neighborhoods. The son of a baker, he studied metal forging and furniture making before working briefly as an art teacher in two high schools. (According to the obituary in El País, he was fired because of his homosexuality.) Raised in a house without books, he began writing in workshops organized by the Society of Chilean Writers; he attended them, he would say later, “because there were cookies and coffee and something to drink. There was wine, too, and pretty boys.” More than literary ambition, he was motivated “by desire for these other things, hungers of all kinds.”

But his literary début took place far from workshops or salons. In September of 1986, Lemebel staged what he called “an intervention” at a meeting of leftist opposition parties. Wearing high heels, with the hammer and sickle painted over half of his face, he read “Manifesto: I Speak for My Difference,” in which he indicted the Marxist resistance in Chile for its homophobia and sexism. “But don’t talk to me about the proletariat,,” he said, “because to be poor and a faggot is worse.” He continued:

Will the future be in black and white?
Will time be split between night and the working day
without any ambiguities?
Won’t there be a faggot in some corner
throwing the future of your new man off balance?

In 1987, Lemebel formed an arts collective with the poet and visual artist Francisco Casas Silva. Over the next decade, the duo often interrupted cultural and political events, calling attention to those they said were being ignored, especially queer people, people with aids, and sex workers. They dubbed themselves Las Yeguas del Apocalipsis, the Mares of the Apocalypse. The name played on the association of aids with the plagues of the apocalypse, and on the vulgar use of yegua: “it’s a name like sow, like bitch; it’s a pejorative name for a woman,” Lemebel said. “We took it on, you could say, like a battle flag.”

The performances of the Yeguas were inventive, hilarious, and lyrical by turns, sometimes lavishly gorgeous, sometimes brutal. In one of their most powerful pieces, La conquista de América (1989), the two artists, barefoot and stripped to the waist, with Walkmen taped to their chests, danced the cueca, the national dance of Chile, on top of a white map of Latin America. Bits of glass from broken Coca-Cola bottles were scattered on the floor, and as they danced the map became stained with blood. The piece evoked Latin America’s recent history as well as its deep past, commemorating massacres both acknowledged and unacknowledged, from the time of the conquistadors to that of Pinochet’s regime.

Alongside the art he produced as part of the Yeguas, Lemebel wrote pieces, known as crónicas, for various newspapers in Chile, and these brought him a popular following. Gabriel García Marquez defined a crónica as “a story that is true,” but for Lemebel it was something stranger, a “bastard genre” accommodating reportage, memoir, economic analysis, history, poetry, and extravagant acts of imagination. Lemebel’s crónicas took on a bewildering range of topics, but his sympathies were always with the oppressed and the poor, with women and minorities, with “the human surplus that wipe the hypocritical smirk off the face of the victorious Chile of the miracle.”

Only a handful of these texts are available in English. “Loba Lamar’s Last Kiss (Silk Crepe Ribbons at My Funeral … Please)” appeared in the literary magazine Grand Street in 2002, in a translation by Margaret Jull Costa, whose rendition of Lemebel’s baroque vernacular is the best he has received in English. Loba Lamar is a black drag queen in Valparaíso suffering the final stages of aids, and the piece is narrated in the first-person-plural voice of her fellow-queens, who nurse her through the last weeks of the disease. As her dementia-fuelled demands grow more elaborate, they wander the streets in a rainstorm at midnight to satisfy her cravings:

Now what she wanted was orange ice cream. Orange? Couldn’t it be something else, sweetheart? They don’t make orange ice cream in Chile, Lobita. But she threatened to die right there and then if she didn’t get a whiff of the bittersweet perfume of springtime oranges. And so we frostbitten queens once more braved the elements and finally managed to buy some ice cream from an ill-tempered Argentinean, who agreed to sell us a single cone, after we had sung him a sad tango about our mother on her deathbed. And even then Lobita couldn’t sleep. She did not want to leave without first fulfilling all the frustrated desires that were drying her mouth. Because in hell there won’t be any peaches or oranges. And all that heat must give you a thirst.

Lemebel’s crónicas were eventually noticed by the literary establishment in Chile, especially after his work was championed by his compatriot Roberto Bolaño, who called Lemebel “the greatest poet of my generation, even though he doesn’t write poetry.” Bolaño arranged for a collection of Lemebel’s work to appear in Spain in 1999—Lemebel’s first international publication. That same year, he was awarded a Guggenheim Fellowship, and more honors followed: Harvard and Stanford held conferences on his work, and, in 2013, he won the Chilean José Donoso Prize. When he learned that he would receive fifty thousand dollars as part of the award, Lemebel, already gravely ill with the cancer that would kill him, declared, “I’ll get myself a pair of tits!” 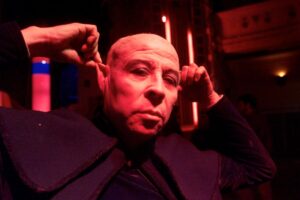 Lemebel is best known internationally for his 2001 novel “My Tender Matador,” the only one of his books that is available in English. (It was translated by Katherine Silver and published by Grove Press in 2005.) Like his crónicas, the novel combines fiction and fact; its dedication, addressed to a community of which Lemebel was a part, suggests that the material is at least partly autobiographical. The novel’s protagonist is the Queen of the Corner, a forty-something, balding gay man newly arrived in a poor neighborhood in Santiago in the spring of 1996. A young, macho revolutionary named Carlos asks if he can store boxes of banned books in the Queen’s house, and a relationship between them begins.

The novel suggests, again and again, that locas and revolutionaries occupy parallel positions in Pinochet’s Chile—a point made clear not least by Lemebel’s version of Pinochet himself, who is the focus of the novel’s second narrative strand. Hilariously henpecked by his wife—their constant squabbles are the inverse of Carlos and the Queen’s camp romance—the dictator is almost entirely passive, an old man losing his grip on power. His single effective act is as meaningless as it is cruel: when he finds an effeminate young soldier serving at his weekend retreat, Pinochet orders that the man be humiliated and expelled from the army. “Don’t you know those perverts are as bad as Communists,” he says, putting plainly an equation that the novel has hinted at more playfully throughout. Shortly afterward, Pinochet huddles on the floor of his car, covered in his own excrement, after an assassination attempt carried out by Carlos’s group.

The language of queer humiliation—both by others and by one’s self—is central to Lemebel’s poetics, just as it is central to a certain strain of queer culture. The Queen of the Corner is repeatedly called a “faggot,” a “sissy queer,” a “silly bird,” “a ridiculous old queen.” She never explicitly questions the machismo that underlies her devotion to Carlos, whom she characterizes as a “real man … a stud who smells of sweaty balls and armpits and turns you around and inside out.” These aspects of Lemebel’s work are sometimes difficult to read, because they transgress so flagrantly the standards of good taste in the age of gay marriage.

But just as Lemebel’s language of humiliation is set against people of irreducible dignity (the locas of “Loba Lamar” form a community of self-sacrifice and caretaking; the Queen will prove at least as good a revolutionary as her Carlos), so too does Carlos’s machismo becomes something different over time—a machismo that can speak the fairy language of drag queens. By the novel’s end, he has given himself over almost completely to the Queen’s sentimental self-dramatizing: “My Queen, he thought, my inevitable Queen, my unforgettable Queen. My impossible Queen, he said softly, looking at her profile tinged with a beautiful blue-green tint from the reflection of the sea.”

When Lemebel’s characters call themselves and each other faggots and sissies, they perform their extravagant queerness for each other, heedless of a broader culture that would be more comfortable, and would allow them greater comforts, if they were better behaved, which is to say less visible. The same is true of Lemebel’s art: in celebrating melodrama, kitsch, extravagance, and vulgarity of all kinds, he reaffirmed the commitment he made in the title of his early “Manifesto.” In his crónicas, his performances, and his single, great novel, he speaks brilliantly for a difference that refuses to disappear.