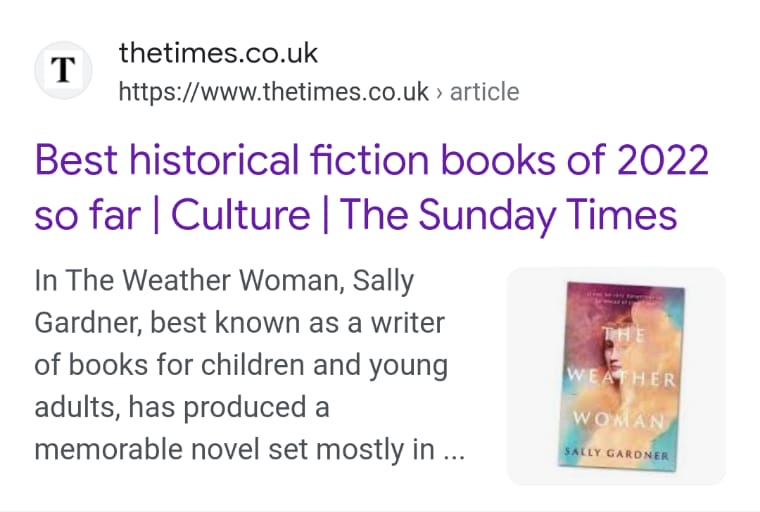 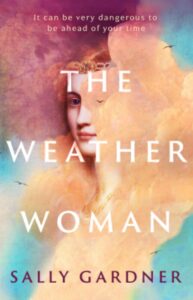 Renown British Author, theMulti Awarded Sally Gardner joined us for the last class of the module of XVIII Century art. This is part of the VIIth Edition of  “A Decolonial History of Western Art Since Ancient Greece to the Presenty “Starts February 15th

Today, the class will be taught in English for obvious reasons but the current course is given in Spanish. However, if you are interested in receiving more information, its English version starts February 15. To have a look at the Programme (in Spanish) scroll down till the end of this post.  The General Programme will be available in a couple of weeks and before each optional module so you can jump in and out depending on your interest and availability.

The occasion of the gathering is the publication of her awaited “The Weather Woman” (Head of Zeus, 2022). You are invited, the only thing you have to do is to send an email asking to be included and I will send you the Webex Invitation. Email [email protected] or [email protected] now. 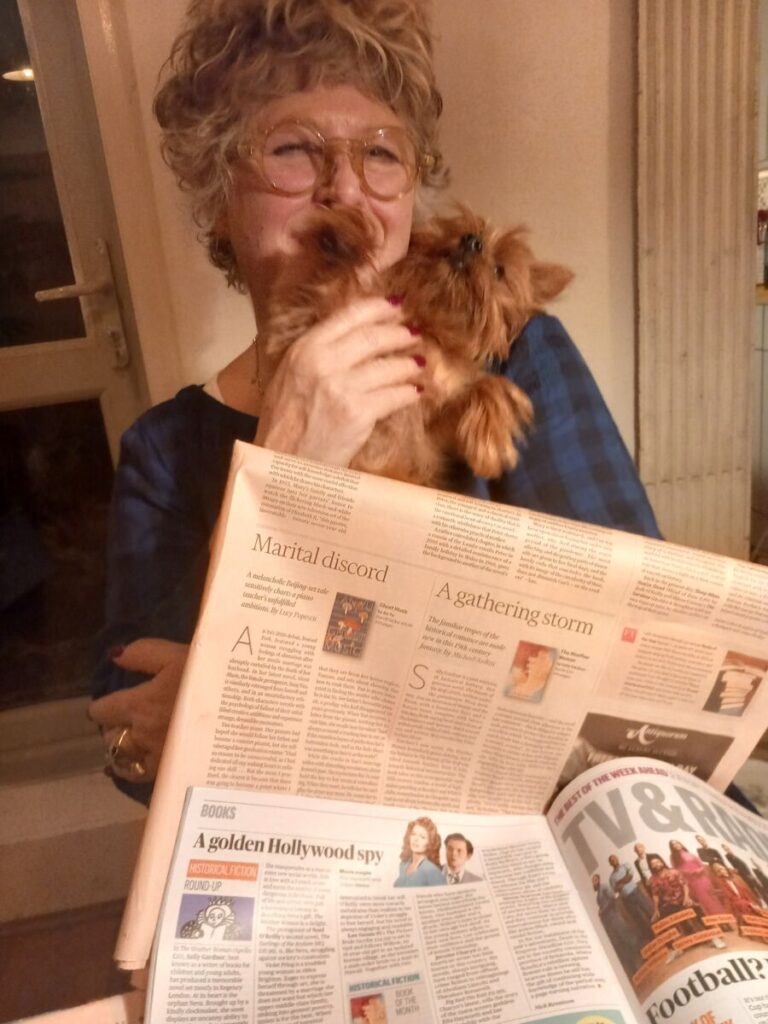 For those of you who are not familiar with my blog, I need to indicate my positionality and situate myself. This blog has almost single handedly and without affiliating itself with any institution, power, political party or received sponsorship of any kind, led the debates around visual cultures in the Southern Cone, mainly in Argentina and Chile regarding the perception of its art elites. This is relevant because in the past two decades, freedom of speech and expression were under serious pressure at the hands of those who have claimed as their duty to defend minorities and oppressed groups. Of course, I am talking about the failure of the centre left and progressivist coalitions worldwide that instead of identifying the enemy and unifying positions have consistently attacked one another, reducing the possibilities of real political change.

But the lighthouse that loveartnotpeople.org has been, at least, for bringing up certain ways of talking about issues, considered by those in denial as obscene, reached a new level when I was awarded the Peter Marzio and the country saw the first real debate around cultural policies since the 1950s. The white centre left attacked me for questioning their naturalised entitlement to occupy that space of truth and their hatred made that everything became so evident that I did not need to do anything. It was from that moment on that the pace of my posts slowed down. I needed to think in alternative scenarios for the blog. With the cancellation, the activist goals of the blog had been achieved. The violence used by the elite to mark its borders was so extraordinary that disclosed clear agreements between left and right, historically there but veiled under a melodramatic narrative that entertained and distracted. Feminist activists literally sleeping with Neoliberal members of a conservative government financed through organised crime. Any criticism, as Edith Wharton said, could shatter everything. The balance was so precarious but the agreement on self denial so strong that they manage to present the transactional foundations of culture as friendship or love.  So I forged a word that remained in daily Buenos Aires slang: Culture as a Loving Mafia.

For an elite to claim status of Avant Garde, the borders that separate it from the past must be clear and also those between belonging and not belonging. This was done with extreme clarity by the renown Chilean novelist  Roberto Bolaños who exemplarily allegorised the reality of a cultural elite complicit with the Military Regime in an episode of his seminal ‘Nocturne of Chile’ when in the mansion of Maria Callejas, a society lady whose soirees functioned  both as a cultural hub for unemployed poets and critics and as a centre of torture instruction, which classes took place while the soirees happened. Callejas was married to a CIA agent sent by Nixon administration to train the Pinochetian paramilitary forces. The arias of high culture covering the sound of pain as in the myth of Apollo and Marsyas. 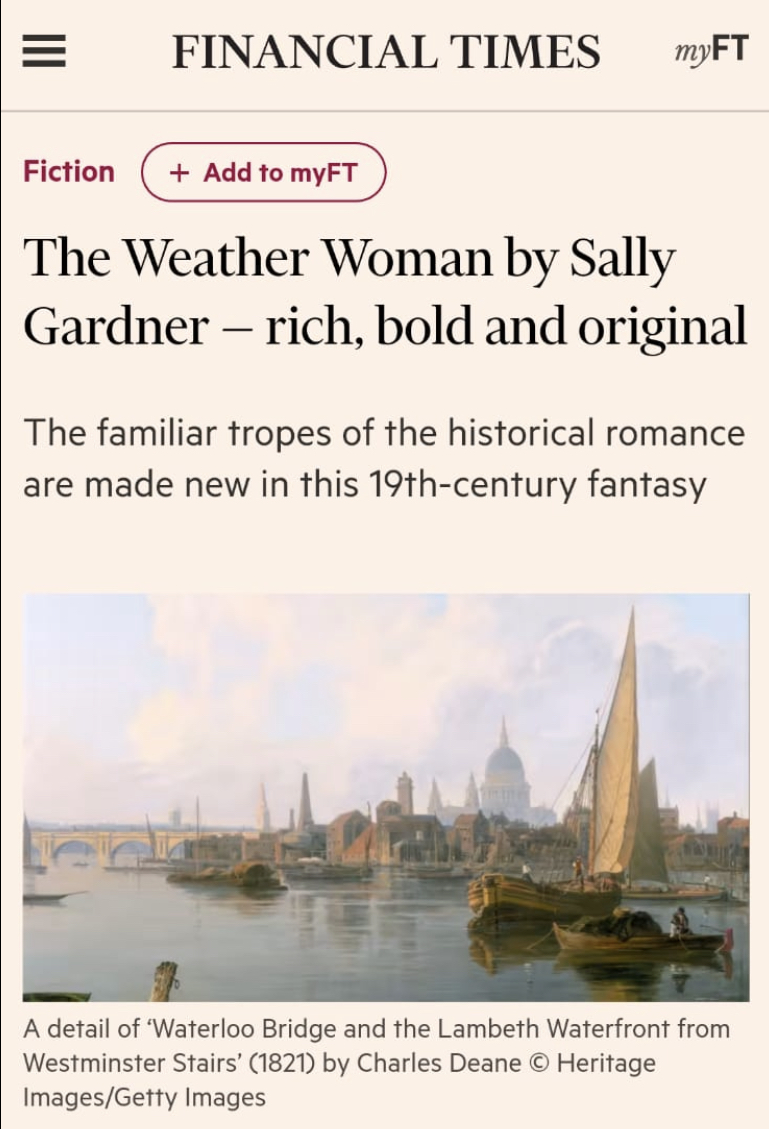 In the Search of Hybridity and Spaces of Negotiation

The personal almost always mirrors the political that is why trying to reinforce the boundaries of the closet, as us homosexuals know well, never ends up  as productive as it sounds. James Harding, a renowned Performance Studies scholar referred to the kind of queer  territory that Neva, Sally and I always end up inhabiting as one of “unacknowledged cultural hybridity and negotiation”. But, in post 2002 Argentina where the economic collapse turned to pieces the intracontinental ambitions of the newly created corporate cultural industries, amongst them the publishing houses consolidated through mergers and acquisitions that, in their pursuit of profit, privileged a certain kind of literature in detriment of others but which eventually found themselves trying to sell literature to a society for whom a book was just out of reach. This raised many questions. Who read the books and most importantly, who reads the books that carried a message of social change? These questions are of particular interest for my project: If our work tries to change the world, who is reading it?

These debates were actualising similar ones that had already taken place around painting between the Parisian Salon and the Salon de Refuses of 1863. There, the challengers were already selling their paintings at higher prices  than their official and academic counterparts. In 2001 Argentina, the country that during the 1960s and 1970s had had the most powerful publishing industry of the continent had to resort to the literature of cordel composed of photocopies stitched with a string  and the distribution was door to door by the writer in person. From postmodernity to premodernity in just a few days. John Ruskin’s wet dream became reality in the least expected of places. But after a bit of research, this romantic ideas were already present in the system of plagiarism with which a generation of graduates who managed to read books and obtain their diplomas thanks to a State authorised violation of intellectual rights.  In fact, the literature of cordel was an idea (unoriginal, for sure) brought to Argentina by three white upper middle class Argentine tourists in Northeastern Brazil. The trio soon founded Belleza y Felicidad, a rupturist art gallery with a festive aesthetic where everything was up for sale. Apparently the factotum of the gallery, Fernanda Laguna was also for sale because soon their allegiance to government turned their avant garde pretensions into farse. So was theirs an alternative way for artists to find an audience or was it a theatricalisation of the subaltern for fear of ending up like them.

Since the mid 2000s, with the emergence of a series of populist governments from the left and right sides of the state money has financed the artistic community in exchange for public declarations of loyalty. This equated the end of culture as we knew it. Thus, poverty was soon replaced by a culture of fear that found in academia a fortress. It was not very difficult for governments to hijack the artistic community and turn it into a clientele… . Visual artists that were very verbal ten years ago have muted themselves. Where are the Matthew Collings, Jerry Saltz, etc? All of a sudden, the wrong word said in the wrong context could throw a person under suspicion. 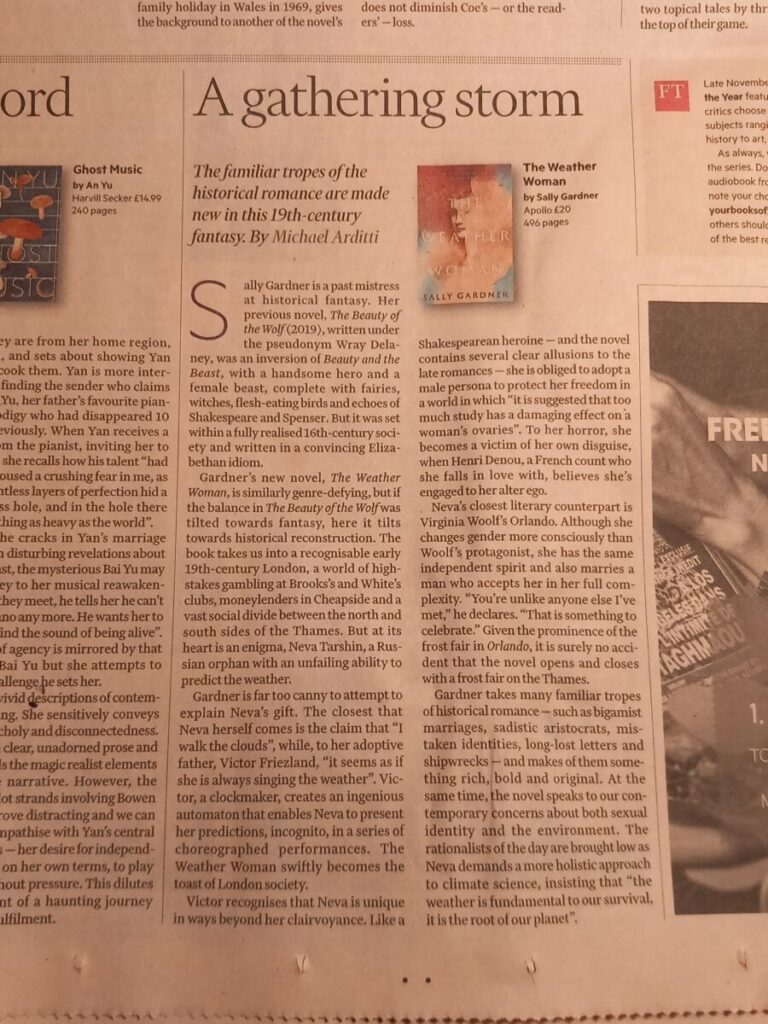 Andres Calamaro and Sally Gardner:  The Rocker that Loves  Bullfighting and the Heterosexual Queer that Sees Herself in Neva

The blog had born in London unconsciously surfing the ethos of the misogyny and anti academicism of the so called Young British Artists generation. Years after my arrival to London, we used to see American political correctness as a new form of barbarism. Something similar happened with certain artists, mainly male artists, like my friend Andres Calamaro who was the protagonist of the first episode of my podcast in Spanish reaching half a million listeners, because he was allowed to talk without judging the topic ex ante.  For those who do not know him, Andres is a proper celebrity who some inaccurately consider the Latin American Bob Dylan. His true passion is not song writing but bullfighting and he has been a solid defender of the freedom to like something that could be questionable but no more than that. An excellent photographer that when decided to exhibit them in a prestigious art gallery in Madrid invited me to curate it.

An Age Deprived of Laughter but Intoxicated with Ethical Standards

Where lies the decolonial when one talks about the peripheries. The centre left in Argentina, to give an example, had launched a crusade against any complex notion of the self. It is presented as a demand from above (that is from the State) that all artists and writers must embody the epitomisation of total coherence. What I thought in 2003 was used during my cancellation to accuse me of being fat phobic. I was probably talking to myself in 2010 for I was the fat one when the wrong medication made my weight jump and my self esteem drop. Is that the kind of crime we should be worried about? It is as if there was a plan of numbing culture through hyperbolic banality and culture followed…. Identity politics soon became a perfect weapon of neutralization of the adversary used almost exclusively by dictatorships. Do you English people realise that while you were so concerned about the flawed ethics of having a party at number 10, other forces were moving swiftly to present the biggest failure in the gamble that British economy has taken in thirty years. Also while they made you applaud the glory of the NHS, a de facto privatisation was taking place.   So what the hell all this has to do with Sally’s book?  The Weather Woman functions as a foil of our stupid present. Nothing is what it seems but characters can still laugh at themselves. The contrast in the manipulation of identity of Regency England and the lack of humor that only allows for immobile identities is something to think about and the book does exactly that. To be continued.

Everyone is Queer Except You and Me: The Podcast